It seems a particularly vicious crime to deprive an artist of art, to take from the gifted their gift. Yet this is exactly what happened to writer Garrard Conley when he enrolled in the erstwhile “ex-gay” ministry Love In Action. His first day, Conley was forced to surrender his Moleskine journal, whereupon it was destroyed. Fortunately for all of us, he found his ultimate redemption in writing his stunning debut memoir, Boy Erased. In it, he recounts his struggle to come to terms with his sexuality in small-town Arkansas, and his radical move into Love In Action’s two-week residential program in Memphis. 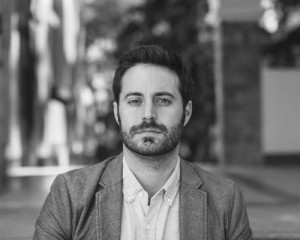 The narrative alternates between Conley’s time at Love In Action, and his adolescence and early-college years in the Ozarks that led to his (and his parents’) decision to enroll. Love In Action’s chief premise is that homosexuality is rooted in parental abuse, usually during early childhood, so it’s fitting that Conley devotes much of the book to his relationships to his father and mother. The former is an auto dealer who is ordained to preach in the conservative Missionary Baptist denomination. Conley struggles to square Love In Action’s narrative with his actual relationship with his father. Yes, it is imperfect, tense, and fraught with difficulty, but as it appears on the page, the relationship is ultimately respectful and loving. As to his mother, Conley paints a sensitive portrait of a woman reluctantly thrust into the role of preacher’s wife, wrestling with what it means to love her son and to do the right thing, and facing down a conservative culture that would rather toss its queer youth aside than embrace them. Thus, he disrupts the ex-gay narrative. The Conley family has its issues, but they experience none of the dysfunction the ex-gay movement long insisted was the ultimate cause of the homosexual orientation.
The reader seeking a salacious tell-all of the inner workings of the ex-gay movement may be disappointed. Conley’s description of his stay in the program is relatively straightforward, and for the most part sympathetic to the clients and counselors who find themselves caught up in Love In Action’s philosophy. This doesn’t mean he fails to indict the movement; his portrayal of his fellow clients and the deleterious effects the program has had on their self-image and sexuality is heart-breaking. But, as in the rest of the narrative, Conley tempers his anger with exquisite, lyrical, fast-moving prose. It’s clear that he doesn’t wish to exact revenge via the written word, but rather to tell his tale artfully, and here he excels.
Conley is an artist, but also an educator, and Boy Erased successfully educates a wide array of readers. Most obviously, the book offers a glimpse into the twisted world of the ex-gay movement, now in decline in the United States yet exported abroad with frightening success. But it also explores the mores of the small-town South of the twenty-first century, which, in Conley’s deft hands, appears half-frozen in the 1970s. The book disrupts the narrative that life has “got better” for queer youth today. And it turns a scathing eye to the intractable rape culture so many internet commenters are quick to deny. Thus, Conley has offered up a sort of road map for navigating the cultural complexities of contemporary America.
If there is a fault in the writing, it is in its heavy-handed use of motif and symbolism, to the point that the reader may find themselves anticipating the rhythmic recurrence of such literary devices. And yet, for a writer raised in a religious tradition rife with symbolism, looking for hidden meaning in everyday events to deduce when Jesus will return, the error might be excused—and might indicate just how deeply run the roots of culture, tradition, and family.

A number of reviewers have already proclaimed Boy Erased a summer hit, ideal beach reading. My hope is that its legacy will transcend this summer and endure for years to come. It is not only an artistic triumph for Conley, but also an important tool to understanding America’s complex relationships with religion and sexuality. 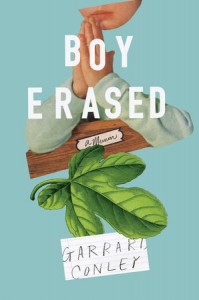