ethnographies from the road

Trevor and I are on another road trip to Midland. We lit out from Houston early that morning, driving across Texas, passing through Columbus and Le Grange and headed for Austin. Trevor is a quality control engineer for a major oil company based in Houston, and I am in my second year of my graduate degree for poetry at the University of Michigan. For three years I have been working on a chapbook of Texas poems, and so a few times a year I travel back to where I was born and drive across the state, collecting data, stories, and photographs. In the past couple years Trevor has been the one driving, as a gift to me and in order to satisfy his own wanderlust. He’s a close friend. We’ve known each other since I was fifteen years old.

Our conversations wander. In Ozona we talk about hipsters, in Sheffield we contemplate death. In Sterling City we ponder the turbines: “you love a landscape,” Trevor tells me, “and me, I get a thrill from enormous feats of human engineering. Have you ever seen one when the brake malfunctions? Spins clean off, cutting into the earth, all destruction. There are videos. It’s scary. You wouldn’t want to be nearby.” I spend the next ten minutes trying to find ways to say that the cows look like titanium smears in an ochre painting—tiny and invisible—in a succinct number of syllables.

After Blanco, and before the shopping bonanzas and relative civilization of Fredricksburg, I think up ways to ask him about grief. 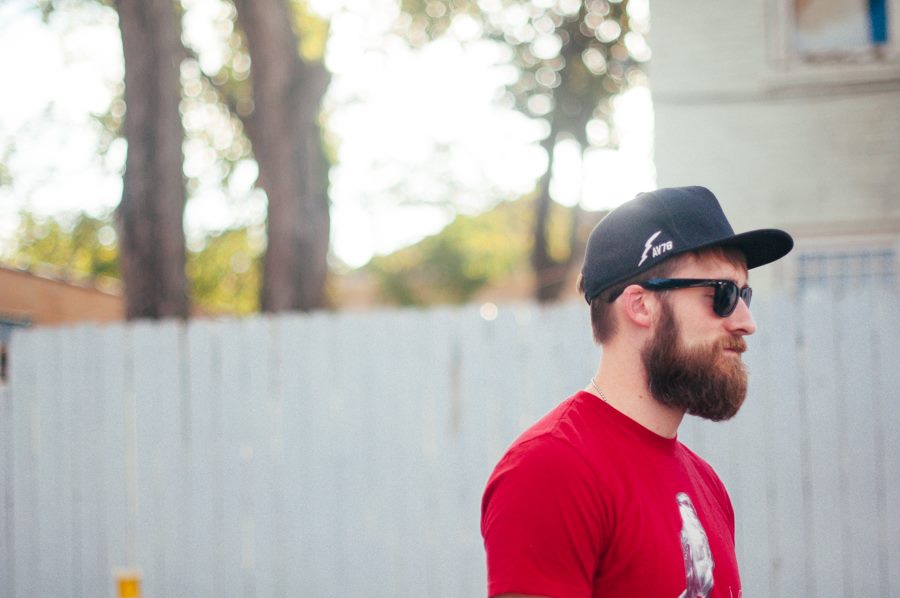 I say, “What do you feel vulnerable about?”

He says, “Uh, I mean like, right now in life, or is it supposed to be a specific experience?” He’s aware of my need to interview him about something. He has agreed to the game.

“Maybe a specific experience,” I say at last. 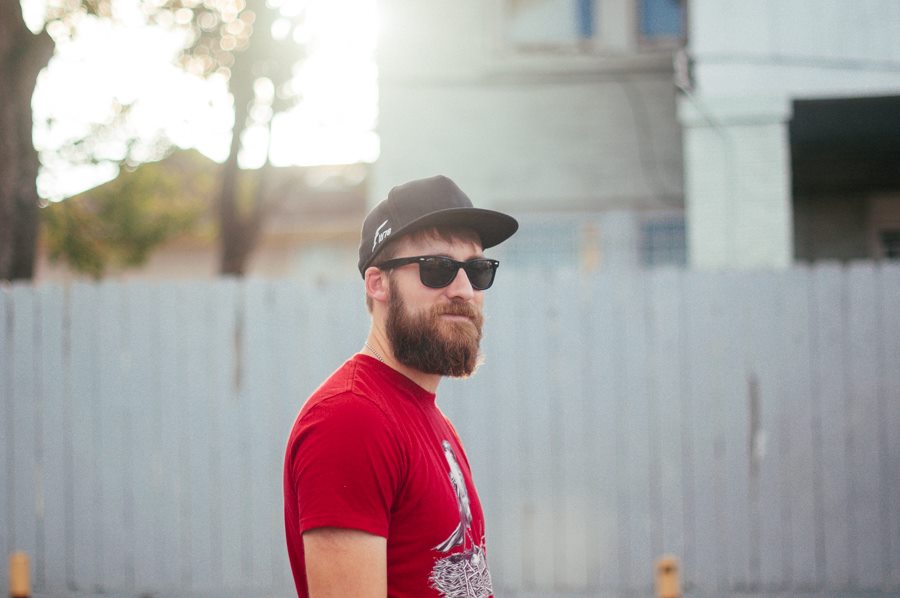 I am familiar and unfamiliar with the story he chooses. I have seen photos of the before-times, and I know that something terrible has happened, sometime between then, and me. His best friend, his brother’s girlfriend—this is the order he uses to introduce Brandon.

Brandon, who killed himself at 18, Brandon, who died in Trevor’s sister’s arms, who made Trevor quiet for a long time.

“I could also tell you about having surgery in China,” he says, “I felt very vulnerable then, but you know I think, ah, I think the other ones are almost too comic, because, they are hilarious, you know.” I do know, mostly. “But the one where Brandon killed himself, that wasn’t funny or redeeming in any way. It just sucked. You know, it’s one of the few experiences of my life that I’ve been unable to draw any positive outcomes from.”

There is not a quiet or soothing enough way to say “what happened” and so, my voice comes out in a squeak.

Brandon, at seventeen, became someone Trevor idolized. “He’d come over and play video games while my sister was getting ready, and then he and my sister had been together for a year and got really close and he would just come hang out with me sometimes. Like I remember he took me out and we’re sitting at a stoplight, and him peeling out and revving the engine and smoke and rubber, and I’m twelve, and people in my life didn’t do stuff like that.”

The night it happened goes by quickly in his telling. “Well, they broke up, and he got drunk, and he was eighteen. And he called her over there to his place, and when she got there he shot himself in the head with a shotgun. Didn’t kill him right out, so she went to the hospital with him, and apparently he died, right there, with my poor sister, like trying to tell her he was sorry, but uh.”

We are silent a long while. Trevor continues, “but you know that in and of itself was bad, that was pretty traumatic. But my parents weren’t always the best at handling situations like this. So I remember waking up and my sister was just crying, which was pretty normal in my household at the time. She’s downstairs bawling and I remember this moment so clearly, I was like, oh god, what a pain, roll over and try to sleep through it, and my dad walks into the room and I look at my alarm clock and it’s 4:10 in the morning or something, and I’m like what’s going on here, and my dad, god bless his soul, he’s bad at this stuff and he just announced it, I was like ‘what’s wrong’ and he said ‘Brandon killed himself. Go back to sleep.’” I squeeze Trevor’s hand tightly. “And then I realized what my sister was saying downstairs, she was describing what he looked like as he was dying, and that’s when it hit me, like, this actually happened. And I don’t blame my parents for focusing totally on my sister, I mean, shit, the experience was so much worse than mine, but, they didn’t focus on me at all. And, you know, I went and got on the bus, nobody said a word to me, and I went to school and I didn’t say anything to anyone for a week. I was sitting there like, you have no idea.

“I hated him. I fucking hated him for such a long time. For being that fucking selfish. Like, how can you be that selfish? It is the most selfish act anyone can do, it shows total disregard to every single person who has touched your life.

“I was so angry, and like I said earlier, I was trying to draw positive things out of stuff, and I was like, what positive outcomes came out of this? Nothing. His family fragmented, his mom moved off to England for some guy, his sister’s got problems. You know, the dad, I don’t think, ever comes around anymore.” Trevor has pulled out a packet of cigarettes and taps it against his hand like a metronome under his voice. “Me, it fucked me up for, I’d probably say I didn’t put that to rest until uh, I dunno, that was when I was in seventh grade, probably halfway through college I finally laid that demon down. It’s fucking hard. How do you get over something like that? First you let go of the hate.”

Trevor tells me his relationship with his parents is better now. He’s closer with his sister. He spends each day trying to find the positive, or at least humorous, in any darkness. He is willing to take me on these long drives, he supports my work, and on the way he tells me how to love my life better. He keeps a photo collage on the wall of his living room of letters and photos of the meaningful people in his life. I already know all this about him, I already know even when he finally says, “I dunno,” and begins to light a cigarette as we pull into Fredericksburg. “There’s a lot of positive stuff that came out of it, too. Huh. Now I say that.” He laughs. 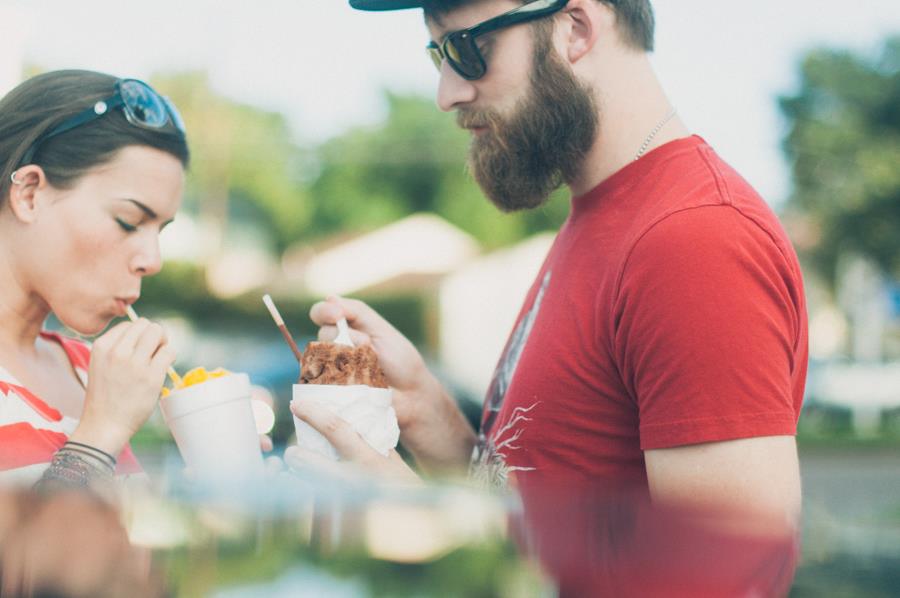 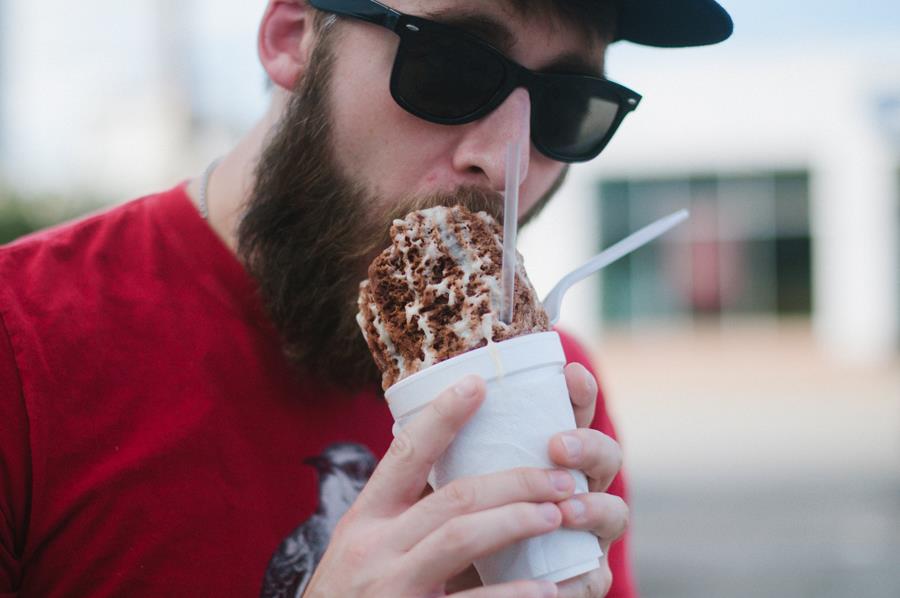 Kenzie Allen is a descendant of the Oneida Tribe of Indians of Wisconsin. She is a graduate of the Helen Zell Writers' Program at the University of Michigan, and is currently a second-year Ph.D. and Advanced Opportunity Program Fellow at the University of Wisconsin Milwaukee. Her work can be found in Boston Review, The Iowa Review, Narrative, Apogee, Drunken Boat, SOFTBLOW, Indiana Review, Best New Poets 2016, and other venues. She was born in West Texas and tumbleweeds around with frequency.