Amá
Middle-aged gordita, favors her right side; gregarious and tough, she cries easily
Chata
College-aged daughter; queer, responsible, full-figured
Apá
Slow-walking, big mustached-man; can get a job anywhere
Tía
Older than Amá, about the same height, less around the middle, more swagger and less warm
Nana
Amá’s and Tía’s mother; a ghost on the phone from the Sierra Huasteca in Central Eastern Mexico

Note: The actors can be any gender or ethnicity but the regional Latin@ speech patterns must be dead on. No “Born in East LA” accents.

[Interior, a modest Mexican mother’s kitchen in Los Angeles. Time: the present. A pot of beans is always on the stove. The two women sit at a small table.]

Amá: “Drink ruda,” said the old lady. She smelled like old corn. I should’ve known. “Drink ruda and your cramps will go away.” Sure! I drank a cup that night y se me vino el baby. A little lizard came out me into the toilet water. It fit in my hand. I should have told that vieja to go to hell. You might have had a little sister.

Amá: Just lean back and put some lemon in your eye.

Chata: (Wipes her right eye with a napkin) Amá, no.

Amá: Just for a second! Your tía had a little cloud over one eye a few years ago. She started putting in drops of lemon and two days later, no more cloud.

Chata: I just want to get better, Amá. But that? Sounds crazy.

Amá: Pues what do you think? That we were born yesterday and do silly pendejadas to our bodies for fun? (Shakes her head.) The cloud was gone. Not just smaller, Chata. Gone.

Chata: (Dabs at her eye. Considers she might be right.) All right all right. I‘ll try it.

[On the phone on another day]

Chata: It didn’t hurt that bad.

[Dark stage with Amá in a spotlight]

Amá: This is what you can do with Vick’s (To the audience, but especially Chata who’s not in the room, but can hear her. She mimics each step):

[Interior, the same modest home in Los Angeles. The present. The two people stand at the kitchen door way.]

Apá: Just eat it like this (pops a whole clove of garlic in his mouth).

Apá: (Shrugs his shoulders as if to say, “That’s how it goes.” He brushes his mustache.)

Chata: (Annoyed, shakes her head) You mean do as you do.

Chata: (Leans on the doorframe. She considers the gesture: he might be right.) Chale, Pop. I’ll stick to my medicines.

[Another day, on the phone with a friend]

Chata: A piece of garlic, girl! Yeah, he just popped it in his mouth. Gross. Wait–what? You can? It’s anti-viral. You put it in your what to cure a yeast infection? (Writes down advice in a notebook.) All you need is olive oil and then you got a pussy salad.

[Interior, the modest kitchen. Time: twenty years in the past, Chata is a girl, Amá is in her late thirties with more energy and strength in her step, no limp is detectable. They sit at the small table.]

Amá: The bullet went right through my leg, right here. Came in like a knife and out like a star. Your grandma cured my leg with agua de mohuite.

Chata: (Tears pieces of tortilla for her scrambled eggs, but doesn’t eat)

Amá: It’s a flower that turns the water dark purple when you boil it. Who knew flowers could cure balazos? Your grandma did. The skin was pink and white and your grandma washed and washed my wound until the skin started to stick. And the flower finally closed.

Amá: Of course it hurt! But I don’t cry for just anything.

[Interior, another modest Mexican mother’s kitchen in the Sierra Huasteca. A month after the first scene. A pot of coffee is on the stove. The two women sit at a small table.]

Chata: (Dabs at her eye)

Chata: A cabron. Why?

Tía: Why else? Because they’re jealous.

Chata: (Disappointed, but not surprised) So what do I do?

[Tía walks out to her small, raised bed garden. Chata follows as Tía picks rosemary and rue stems. The light outside is bright. They walk back inside.]

Tía: We’re gonna pray. (Takes out a white candle and an estampita of Saint Lucy with her eyes on a platter. Tía lights the candle and begins to pray as she passes the stems over Chata. She holds the bundle over her right eye for a few seconds longer than the rest of her body. Chata stands still and takes deep breaths.) Now we’re going to walk to the mercado and throw this bundle into the river.

Chata: Gracias, tía. (a beat) Is that it? I don’t have to do anything else?

Tía: You may have to do it again. Some ojos are heavier than others.

Nana: Mija, boil the beef cartilage and some huesitos in a big pot. Put the broth in the baby’s tub and bathe her in it. I know it’s going to work.

Amá: Ay, Mamá, are you sure? The doctors say my girl has something wrong with her neck. Will a broth cure that?

Nana: I had twelve children and ten of them lived. Who are you going to believe? Besides, what do you have to lose?

Amá: I just want her to get better. (Looks at her first born who is kicking her legs but cannot turn her head.)

[Later that night, in the same apartment, alone, Apá is not home.]

Amá: (Amá pours the filmy broth into a small tub and bathes her first daughter in the warm water. When she’s done, the baby is sticky. Amá washes her with soap but the baby still smells like rendered fat. The baby still can’t turn her head. Amá turns off the light.)

Nana: (To the audience) A veces, after you’ve tried everything, you still have to bury your children.

[On the phone. The present.]

Chata: My acupuncturist put a needle on the inside corner of my eyebrow.

Amá: No te dejes! That’s dangerous. And crazy! Why’d you let her?

Chata: Ay, I was desperate.

[Outside of the modest home. The two women stand in afternoon winter light near a car with stripped paint. Amá has completed another limpia with a bundle. Chata smells like a garden of holy weeds.]

Amá: Take this Jalapeño, ruda, and salt. Don’t unwrap them from the napkin.

Amá: That’s where the ojo is. Take the bundle and throw it behind you. Whatever you do, don’t look back.

Chata: (Kisses her mother goodbye. She walks down their street. At a stop sign, waits for cars to pass. Once they do, she chucks the bundle into the gutter. She is gone.)

[In the kitchen; the present. A Mexican polka quietly plays on an AM radio]

Amá: (At her stove, glares at Apá, angrily flips tortillas. She blows on one and gives it to Chata.)

Apá: (Looks at Amá’s food on the stove and nods in approval. He points at the table and lifts both hands because her food is that good.)

Chata: (Nods in agreement. Stays at the table, eats her food with the tortilla.)

Amá: (Wipes her hands on a towel. She shakes it out and hangs it on a chair like a flag.) 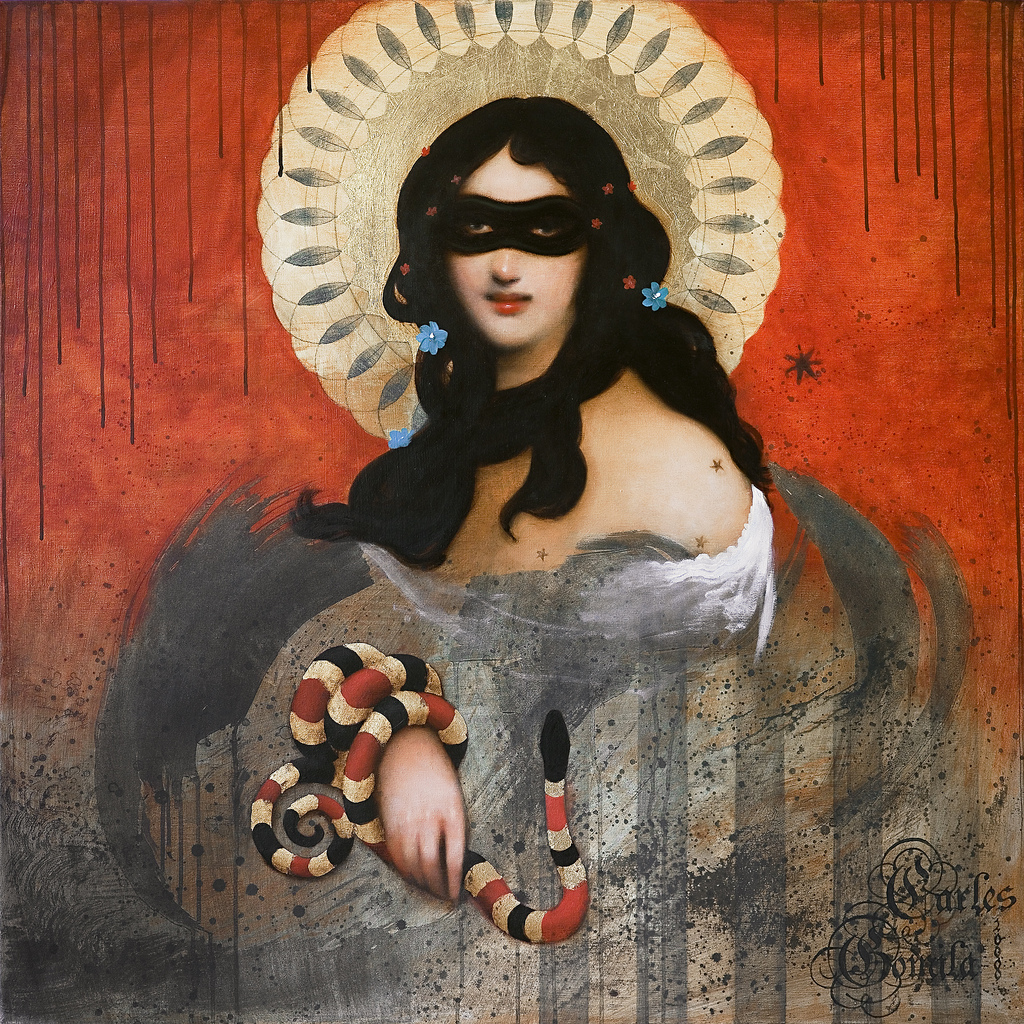 Vickie Vértiz’s writing can be found in Huizache, Bozalta, and The Coiled Serpent anthology from Tia Chucha Press. Her poetry collection was a 2016 Andrés Montoya Book Prize finalist. A seven-time VONA participant, Vickie’s poems were chosen by Natalie Diaz for the 2016 University of Arizona Poetry Center Summer Residency.