Image: Waldemar Kazak
Guy comes in about five before five. Says he’s waitin on his Mom. Says, can I have one pear cider while I wait for my mom and do you think I should tell the hostess she’s coming, so she can alert me when she’s here, ’cause my phone’s dead and I don’t want her waitin on me all day while I’m in here all night. Says it won’t be long. Says, can I get the time? My phone, it died. Says, he doesn’t want to start a tab, just the one drink. Says she’s always late but won’t be long. Just fifteen minutes or so. Does this a lot, he says.

Then it’s forty minutes and he’s switched to wells. Not talkin, just sittin and lookin around anxious. Whiskey ginger. Sometimes takes a lap or two around the place, in case the hostess lady’s fuckin with him or I don’t know. Not really many other people around so if she does come in, I tell him, you’ll know. Then orders some fuckin thing I don’t know how to mix. And then it’s a White Russian.

I say I don’t know if I’d go there next, could make you sick. Says what do I know? Says what am I, his mother? And I wasn’t, so I serve him.

Two hours go and we’re getting pretty packed. Guy’s six drinks in but won’t start a tab. And he ain’t tipped me yet. I say, you mind makin room here for other customers? Says he’s still waitin on Mom. Says she ain’t come in yet. I say no shit. He says, watch your mouth. I say get lost, and motion over to Lenny at the door.

Guy gets up and goes to the window, says he swear he sees her car now, she’s walkin in, she’s walkin right in. Says to forgive him. So I do. You know me. And he stands over by the door, where people are waitin to get called. I tell Lenny to hold up, but keep an eye.

Well. Then it’s him walking in circles, askin every damn person if they’ve seen his mother. Botherin everyone. Have you seen her? Have you seen my mother, he says to nobody.

But he breaks it. Right on the edge of the bar, still half full of Coors, beer and glass everywhere, people around him screamin. He points at me with the shiv. Reaches across the bar with it. Are. You. My. Mother? 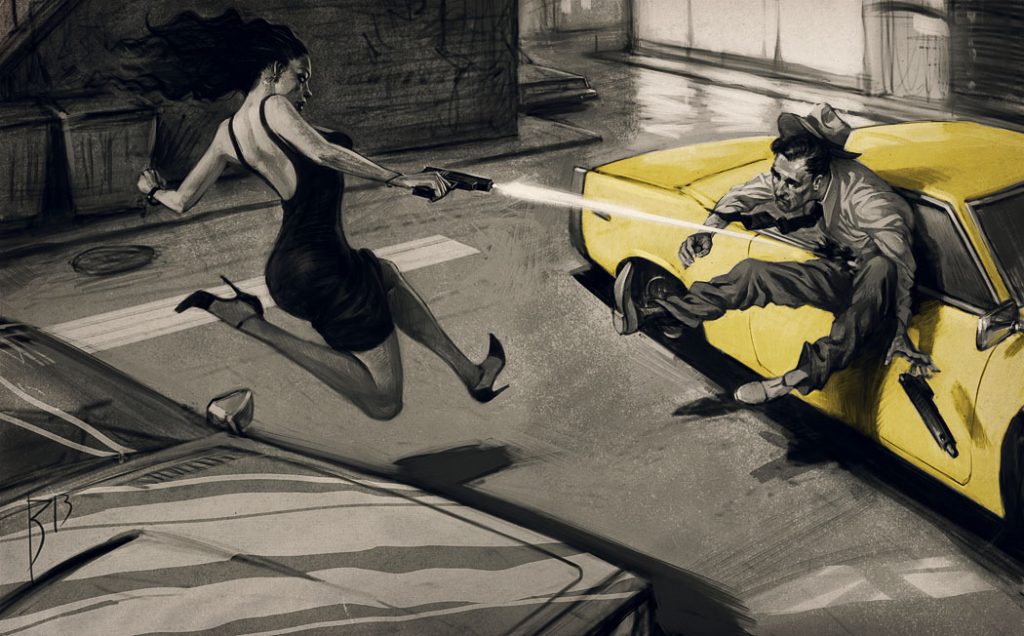 Tyler Barton is one half of FEAR NO LIT. He studies fiction writing at Minnesota State University, Mankato, where he serves as a fiction editor for Blue Earth Review and a radio host for Weekly Reader. His stories can be found in NANO Fiction, Smokelong Quarterly, Monkeybicycle, Hobart, and Hypertext Magazine.