an interview with Kerri Webster 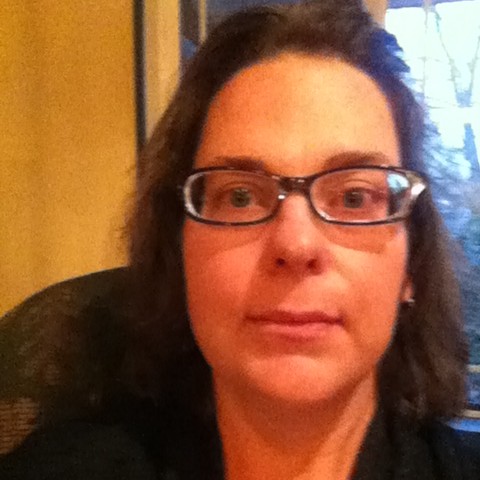 Kerri Webster’s poetry exists in the elements: wind, water, sun, weather. What she writes is huge, sweeping. Even in poems such as “Winter Of,” which seems to take place within a house, there is still wind to rattle pods, a kestrel nesting, red berries and a filthy sky. We suture ourselves to the human animal that narrates her work, and we accompany her on her travels out of bed and out of house. Through her eyes, we see the other animals and the environment that we inhabit together. We listen as the narrator illustrates her experience of being human with the material of the natural world, both the flora and the fauna. We sat down with Kerri to discuss her work and the idea of the “humanesque.”

Kerri Webster is the author of two books of poetry: Grand & Arsenal (2012) and We Do Not Eat Our Hearts Alone (2005). The recipient of awards from the Whiting Foundation and the Poetry Society of America, she has taught in the MFA programs at Washington University in St. Louis and Boise State University. Webster currently lives in Idaho, where she adjuncts and works as a Writer in the Schools for The Cabin, a literary arts organization.

We fell in love with your poems “Winter Of (And I Took the Chemise off)” and “Hulls Gulch” after reading them aloud. Does experimenting with sound play into your process?

Sometimes I’ll get a poem’s sound stuck in my head. The cadences of “Winter Of” owe a debt to Frank Stanford’s “The Snake Doctors,” and that poem’s halting litanied declaratives, though I’m not sure I can still hear those trace-echoes in my poem. But Stanford’s is a poem I’ve read aloud many, many times, and its music has stuck.

How do you see your pieces addressing “the humanesque”?

I like the -ishness of this term, and its sense of performing the human. I think “Hulls Gulch” speaks to a dominant concern of Her Violence Into Shapes, the manuscript from which it’s taken: that is, the way in which cognition both gets us deeper into our humanity as we think a fairly dark world into being, and creates the ability to escape what we’ve wrought via imagination–to exit this reality for alternate ones.  This latter could also be seen as creating a humanesque that’s easier to live with than the bare human in all its darkness.

Give us your best advice.

Never love a man who quotes mountain men. Make sure the city inside your chest is well-lit.  Go on many, many field trips.

What’s the your most recent favorite book?

Cody-Rose Clevidence’s Beast Feast, which posits the human and its language as creaturely, messy, and wild at heart.

Thanks to Kerri for sharing with us, and be sure to check out her work in Anthropoid’s inaugural issue, FAUNA!

Joy Allen is a writer from Virginia who moved to Los Angeles in 2008. She has work published or forthcoming in Post Road Magazine, The Molotov Cocktail, Revolution House, and Word Riot, among others. Special interests: Comedy, body language, entertainment, and Los Angeles (both as symbol and as city).