an interview with Nicole Steinberg 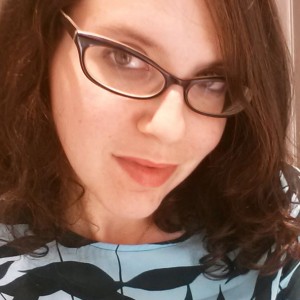 To us, Nicole Steinberg’s poems in the first issue of Anthropoid read like a three-installation zoo trip. First, we visit a collection of British Douchebags; next, the impressive American Bro; and finally, we move into the Lithuanian Disco scene. In the first two poems, the wildlife pays us no mind. In the third poem, we join the “we” dancing on the disco floor then ask a character for whom she dances. Like stroking a starfish in a touch tank, this third poem invites us to reach out to a character in habitat and investigate her directly.

But Nicole’s poetry, captured on Anthropoid’s pages, is best understood in the context of its original environment: the Internet.

Nicole Steinberg is the author of Getting Lucky (Spooky Girlfriend Press, 2013) and two chapbooks available in 2014: Undressing from dancing girl press and Clever Little Gang, winner of the Furniture Press 4X4 Chapbook Award. Her other publications include Forgotten Borough: Writers Come to Terms with Queens (SUNY Press, 2011) and Birds of Tokyo (dancing girl press, 2011). She’s the founder of the EARSHOT reading series, based in Brooklyn, NY, and she lives in Philadelphia.

Hey Nicole, talk to us about these poems, their process. What inspired them?

Hey, Anthropoid. These poems are part of an ongoing series that uses Internet think piece titles as prompts and inspiration. The titles you see attached to these works originally appeared in different corners of the Web, in order to reel in readers for essays about cultural phenomena. “An Intimate Look at the Lithuanian Disco Scene” is also partly inspired by the Buzzfeed piece that accompanied the title, which was a series of photos depicting, you guessed it, the Lithuanian disco scene.

I’m interested in the questions we ask ourselves about the world and how the Internet thrives as the current venue for sharing and answering those questions. And, because the Internet is about click-throughs and page views, how it all boils down to the language we use to ask these questions. Often, it’s highly charged language, meant to cultivate a group-think mentality. We’re hooked by titles that tempt us with bitchy repartee about douchebags and bros, and then we read the resulting pieces and get to nod along knowingly or leave snarky, divisive commentary. We share the articles with others, hoping we can connect through our shared tastes or distastes. Think pieces usually either preach to the choir or attempt to stoke the fires of ongoing culture wars. With these poems, I attempt to subvert the conversation and steer it in other directions. I blather on more about this here.

Your poems have a strong observational quality. What sorts of things and people attract your attention these days?

I’m attracted to discourse about feminism and the significance of the female body—often the obese or “unconventional” female body—and the people who are having those conversations, especially within the world of pop culture. I view Nicki Minaj’s “Anaconda” as a watershed moment in this realm. I follow and enjoy female comedians who convey, in all honesty, what it’s like to be a human woman in the 21st century. I love Broad City, which manages to be so smart and funny, just by nature of the fact that it’s an accurate depiction of living in New York in your twenties. Questions of privilege pop up everywhere these days, both in my poems and on my Tumblr feed. I’m also interested in the concept of “basic” and how we’ve gone from revering/celebrating normality to frowning upon those who follow the status quo.

If you could visit anywhere in the world, where would you go and what would you do?

I studied abroad in Melbourne, which was a formative experience. I’d love to go back there, to experience the city again as an older, possibly wiser person. Other than that, I’d like to visit Italy and eat everything in sight.

Do you have a favorite type of bro?

Bros who appear douchey on the outside but are stuffed full of gross, meaningful, cotton candy feelings.

What are you working on now?

Writing more think piece poems and pulling together a new full-length manuscript. Also a TV pilot about being 30-ish and not necessarily where you thought you’d be at 30-ish, which I’ll probably finish when I’m 52.

Give us your best advice. It can be about craft, writing, creativity, love, work, balance, anything.

Try it with peanut butter.

Is there anything else you’d like our readers to know?

Yes! That I just published a new chapbook with Furniture Press Books, which comes bundled in a limited edition set with three other stellar chapbooks. Also, that this website exists.

Thanks to Nicole for chatting with us, and be sure to check out her work in Anthropoid’s inaugural issue, FAUNA!

Joy Allen is a writer from Virginia who moved to Los Angeles in 2008. She has work published or forthcoming in Post Road Magazine, The Molotov Cocktail, Revolution House, and Word Riot, among others. Special interests: Comedy, body language, entertainment, and Los Angeles (both as symbol and as city).